The summer of 2014 will be remembered because of beautiful blue skies and extreme temperatures. On one of those sultry summer days, I was busy in the attic space at Grace Fellowship Church (now Calvary Ballard Church), digging through dusty files, old hymnals, and boxes full of Christmas decor. I had contacted Steve Nelson, the Minister of Grace Fellowship, just a week prior asking if he could share a bit about the churches history. Steve was kind enough to visit with me in his office and allowed me access to the building, to photograph and dig up any juicy bits of history that might be hidden away.

The NE corner of 5th Ave NW and NW 62nd wasn’t always a parking lot. In the 1940s it was once home to the Northwest Church of Christ. The church sold the building to the Southern Baptist Church on July 20,1952 for $9,500 and the name was changed to the Woodland Baptist Church. 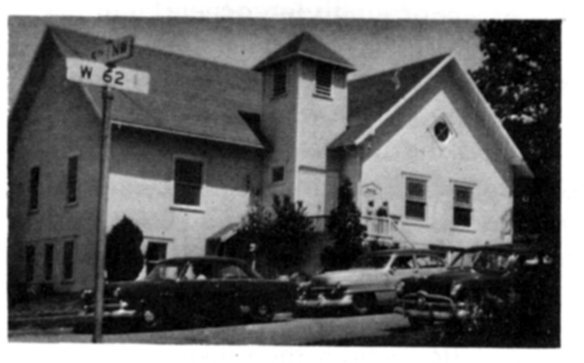 By the 1960s, the congregation had grown to over 300 members and more space was needed. The new church, which sits at 410 NW 62nd, was built in 1968 one parcel to the east of the original building. The original church was torn down in 1968 and the lot has been used for parking since that time. In 1999, the congregation voted to change the name of their church from Woodland Baptist Church to Grace Fellowship in order to better reflect their mission in the community.

In the “Then” photo below you see the home that once occupied the lot where Grace Fellowship is located. Behind the home was an accessory structure that had been converted into an apartment and rented as a “1/2” address.

Steve shared with me that the congregation built the current church with their own hands and used their own money. They broke ground before their plans had been finalized and raised needed funds through special church collections, loans, and selling at least one church van. The interior of the church was never completely finished. Spaces that would not be used on a regular basis are still “mud and taped”, no paint on the walls. 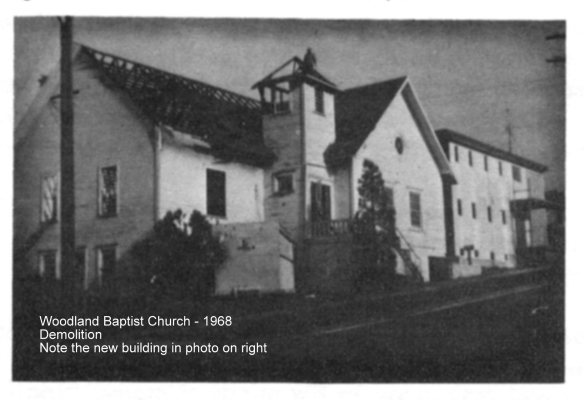 The church also owns a parsonage, where Steve and his family live.  Located right around the corner at 6208 5th Ave NW, the home was originally a duplex built in 1944.  Steve’s family pet is one very talkative bird, which you will often hear while walking by. 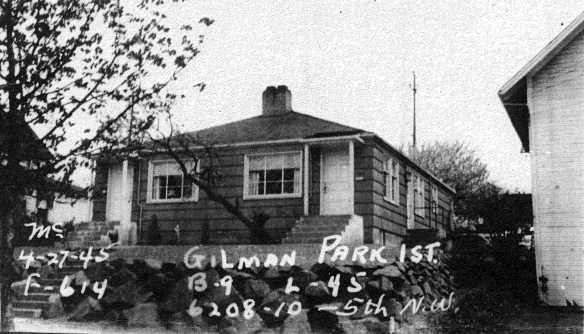 Authors Note:  This post was originally written in September 2014.  Pastor Steve Nelson of Grace Fellowship Church passed away in October 2015.  Steve moved to Seattle, WA in 1969, and became a parishioner at Woodland Baptist Church.  In 1986, he became the worship leader, and in 2001 he became the pastor of the church where he served until his death.  Additional photos and information about Steve available HERE. 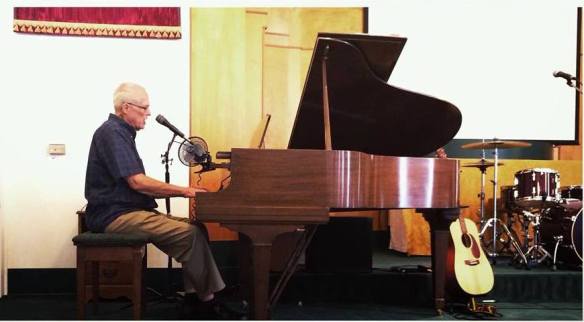