A little over a year ago, I had a series of phone conversations with Vern Vellat, West Woodland Elementary class of 1941.  During those calls, Vern shared stories about growing up in the West Woodland Neighborhood during the Great Depression.  One of those stories is detailed below.

West Woodland Elementary School, Class of 1941.  Vern can be found in the last row, second student from the right.

The stock market crash in October 1929 helped trigger a devastating depression that dominated the Northwest for nearly a decade. The economic downturn gradually affected more and more people.  By the time President Hoover left office in 1933, 13 million people in the United States were unemployed.  Some unemployed became transients, searching for jobs and food.  In Seattle, unemployment was 11% in April 1930, rising to 26% by January 1935.

Vern’s family lived at 508 NW 62nd Street in a modest two bedroom home.  During the Depression his sister, her husband, and her children moved in, as well as a neighbor friend who’s father had to leave Seattle in order to find work.  At any given time 12+ people might be calling this address home.  Money was tight, but Vern’s Dad slowly enhanced the home in order to relieve the population pressure.  Vern’s family was not unique in this regard, many families in the neighborhood would “double up” in order to guarantee a roof over their children’s heads during this period.

On a Sunday in 1933, Vern’s eyes were opened to the extent of unemployment in Seattle. His Dad drove him to ‘Hooverville’, located on the waterfront near the former location of Seattle’s Skinner & Eddy Shipyards (SODO Neighborhood).  Hooverville was littered with shanties, shacks, and shipping crates.  Any reusable building product was conscripted to help make homes for the unemployed.  Trip intent?   Hire a former fellow machinist for two days at $3.00 per diem.  This was considered a bonus rate only given to friends and family. 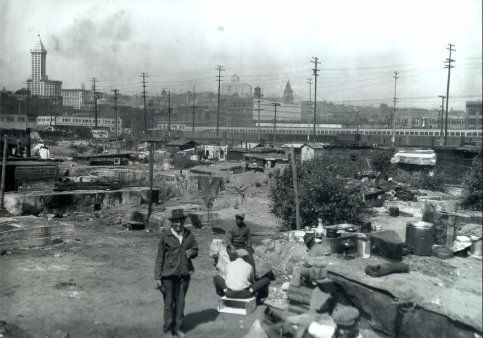 Vern shared with me that there were six classmates’ families that had started their own businesses during the Depression.  Hiring was slow and business was slower. Finding a job to pay rent, buy food, and care for your family was paramount.  Several of Vern’s older friends graduated from Ballard High School and immediately signed up for Civilian Conservation Corps (CCC).  The CCC provided jobs working in National Parks, road construction, and much more. 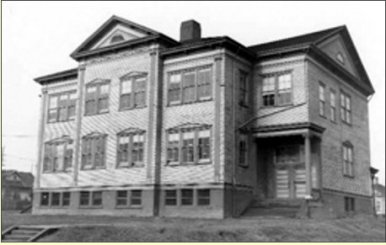 Businesses on NW 65th came together to help the neighborhood as well. They organized themselves into a group known as the ‘West Woodland Commercial Club’ and would hold monthly meetings at 416 NW 65th Street (now part of the 418 Public House). The club hosted Saturday matinees at the Woodland Theater, two movies would be shown, and during intermission the businesses would give away prizes of food, clothing and coupons for other services. Vern said that each Saturday there would be a long line of people waiting to get into the theater for this event. 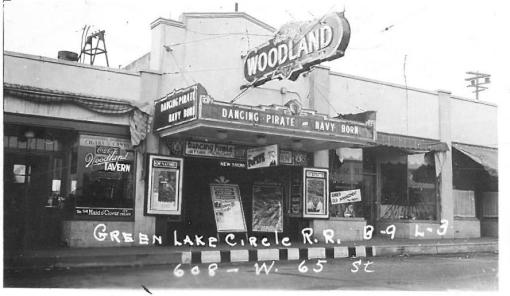 Photo of the Woodland Theater, dated 1937, courtesy of the Puget Sound Archives